Largo Medical Center recently celebrated a hospital milestone after performing its first-ever altruistic living kidney donor transplants and by reuniting one of the donors and recipient on February 14 - Valentine's Day and National Donor Day.

This random act of kindness, also observed nationally this month, was provided by a Florida couple, Steve Schmitz and April Scott, who each donated one of their kidneys to strangers. Altruistic living donors (people who donate organs without knowing the identity of the recipient) are extremely rare, and a husband and wife donor team is even more unique.

"We saw two different TV programs (Grey's Anatomy and American Ninja Warrior) about [organ donations], and the second time we saw it, we got the concept that, you know what, we could do this," said Schmitz. "We're healthy; we don't have anything in our family, so we just started doing some research and found out that we were both good candidates for being living donors."

The couple's fact-finding mission led them to The Transplant Institute of Florida at Largo Medical Center, where their kidney transplants were performed last fall.

Then, on National Donor Day, Largo Medical Center caregivers arranged for Schmitz' wife, Scott, to meet the man who benefited from this gift of life. Schmitz did get to meet his recipient who chooses to remain anonymous at this time.

"I wanted to label her [April] an earth angel because I believe my prayers were answered," said Keshava Persaud of his altruistic living kidney donor. "I never felt hopelessness. I always had hope."

Dr. Hussein Osman-Mohamed, the transplant surgeon at Largo Medical Center who matched Persaud and Scott, said he's never seen an altruistic couple like Steve and April in all his years of practice.

The reunion between the two was an emotional one, and one that they will cherish forever. Scott's desire to make a lasting impact on a life has given Persaud a new one. 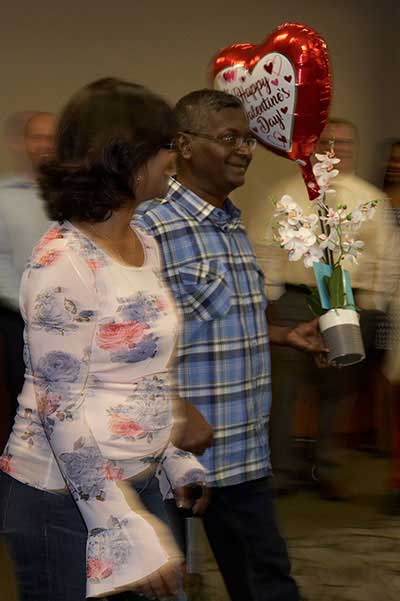 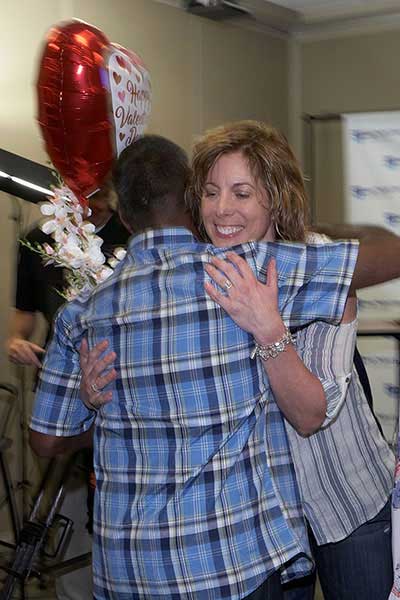